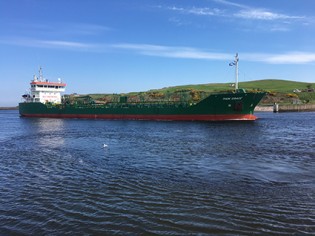 The UK’s Brexit crisis is still far from being resolved. It continues to dominate the news and political debate, MPs and the electorate are becoming even more entrenched in their opposing views, and still the clock is ticking. The political deadlock could feasibly be broken soon, but nobody knows for sure what will happen next.

The Brexit uncertainty is taking its toll on businesses, who are incredibly bored with the whole thing but nevertheless continue to trade, whilst attempting to plan for all possible scenarios. Below, we answer the questions we are most frequently asked about Brexit:

1. DOES THE GEOS GROUP HAVE A NO-DEAL CONTINGENCY PLAN?

We buy our fuel stocks from UK oil refineries, who get the majority of their raw crude oil from the North Sea or further afield. Brexit will not affect this. All our physical storage locations are also in the UK, and our vessel sails almost exclusively in British waters. Therefore, a no-deal Brexit, and the resulting changes to Britain’s import and export regulations, will have very little immediate impact on the Geos Group’s operations. Under a no-deal scenario, our customers’ vessels sailing between the UK and mainland Europe may find themselves spending longer in port, dealing with Customs and Excise paperwork, but we will do whatever we can to give advice and help them keep their turnaround times to a minimum.

The three most likely scenarios are:

(a) The UK stays in the EU, and things stay as they are.
(b) The UK leaves the EU with some sort of customs arrangement, so not much would change; supply from the ARA area would probably continue as it is, and supply from the UK would remain unaffected.
(c) The UK leaves the EU without a deal, and falls back on WTO (World Trade Organisation) rules. Trades between the UK and EU nations would be classed as exports, so there would be duty implications. The UK would almost certainly keep tariffs at a similar level as now, at least in the short term. Fuel onboard ships would be classed as commercial and remain tariff free. The Geos Group would arrange all relevant customs documentation for cargoes that are imported and sold on to customers – so end users would not be impacted.

2. HOW COULD BREXIT ADVERSELY AFFECT THE GEOS GROUP?

The biggest threat in all of this is the potential impact that Brexit could have on the strength of the pound. The price of crude oil is derived from US dollar baselines, and we convert these into pounds sterling in order to calculate our buying cost and selling price. Furthermore, some of our customers buy fuel from us in different currencies, which we also convert to sterling when negotiating trades. We are, to a certain extent, protected by the robust hedging and risk management strategy that we have in place – however a large and sudden shift in currency exchange rates could potentially have an impact on our competitiveness in the marketplace.

3. IS THE BREXIT UNCERTAINTY AFFECTING THE PRICE OF MARINE GAS OIL?

The price of marine gas oil is intrinsically linked to the global price of crude oil, which fluctuates constantly with changes in demand and supply around the world. The UK’s Brexit crisis is having a relatively small impact on the global price of oil – rather, it is mostly the political and economic decisions made by the USA, China and the OPEC nations that continue to drive the volatility in the oil market globally and therefore the price of MGO in the UK. Over recent months we have continued to see the impact of this with large day-to-day price swings, both upwards and downwards.

2. COULD THERE BE SUPPLY ISSUES UNDER A NO-DEAL SCENARIO?

As we buy the majority of our finished products from UK sources, we will be in a good supply position in the event of a no-deal Brexit. In our opinion, apart from the possibility of rising fuel prices due to a weak sterling, leaving or remaining in the EU will have much less of an impact on the fuel market than other geopolitical issues and IMO2020.

We continue to monitor the situation very closely. If you have any questions on this issue, or if you would like to discuss how Brexit may or may not affect your business, please do get in touch.